The Church of God is the pillar and support of truth, the channel through which God wants to reveal his thoughts and manifest his works to each generation. This mission will be carried out if the Church builds an audible and heard voice within the community, this condition itself can only be achieved if the people of God have built credibility and legitimacy in society. . The need is therefore great at this time; it is more than urgent that the church should create an elite capable of giving a real impulse to the spiritual, social, economic and institutional development of the nation.

Originally called the School of Ministry, we launched this vision in 2004 with the ardent desire to train spiritual leaders, competent in all fields and able to offer the community answers and solutions adapted to the different conjunctures it faces. Starting from modest beginnings with the members of our community and some partners, we have known the progressive adhesion to the vision of men and women of all stripes and denominations, to the point that today PVM is not only an interdenominational movement but also international. By the special grace of our Lord Jesus, Master of the vine and of the harvest, PVM gathers in its annual conference over the years thousands of participants coming from the cities and regions of Cameroon, from the countries of the sub-region of Central Africa, from a few other countries in Africa as well as Europe and North America. The participation of world-renowned national and international speakers in all areas of expertise has so far ensured the achievement of our ambition to equip leaders of all stripes in order to strengthen their capacities for greater efficiency and efficiency in their operations. 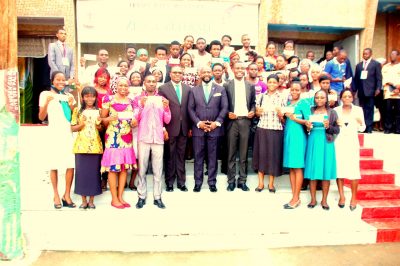 Testimonies are now legions of economic operators, pupils and students, pastors and professionals whose life and activities have experienced an impressive take-off, the result of lessons, training workshops and connections from which they have benefited. Headwinds, adversities and other vicissitudes, the Lord used them to develop our resilience and we quickly learned to turn them to our advantage. Thanks to this and with the support of the Lord and the support of our partners, we achieve our goals year after year.

To its credit, PVM Cameroon has, alongside conferences including the 12th edition, donations of equipment in hospitals, visits accompanied by donations to New-Bell prison, one of which targeted and carried out the release of fourteen detainees who had served their sentence but remained incarcerated for lack of financial means to cover the various taxes and fines. PVM Cameroon has also looked into the training of vulnerable girls and women. The “Wisdom for Women” training center was created for this purpose and training is offered, among other things, in sewing, hairdressing and aesthetics. In addition, for almost three editions, a university scholarship has been granted to young baccalaureate graduates whose financial situation constitutes a handicap for the pursuit of their studies. And, glory to God, 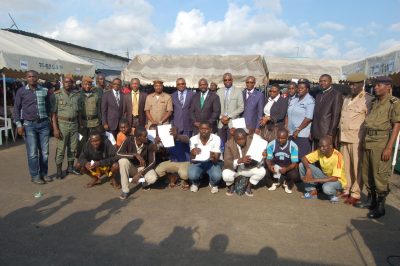 In 13 years of existence, PVM has reached the age of government. The call is therefore for more responsibility, self-denial and a heightened sense of initiative in all areas in order to effectively influence our society through an amplified dissemination of the Gospel message and a greater involvement and contribution. pronounced and more efficient in the affairs of the nation. It is an appeal to all members, partners, members, participants and sympathizers: we must maximize the gains to provide a divine response to the challenges of our society in all its ramifications.

Then there is the need for continuity, for sustainability. “I strongly believe that successful visions are those that outlive their creator, as success is only measured by the number and quality of successors. The sustainability of PVM’s impact will therefore also lie in passing the baton. Most, and even the most glorious part of a work is generally not accomplished with the pioneer. In each of my sons, in each of my daughters, in each of my collaborators in this vision is the germ of a bigger, more influential PVM, capable of bringing to future generations divine answers corresponding to the needs of their time. My final sigh is therefore to be able to pass the baton to men and women “faithful, who are able to teach it also to others.”,

They Need Your Help!

Place of Refuge, Relevance and Empowerment

Join us on Social Media 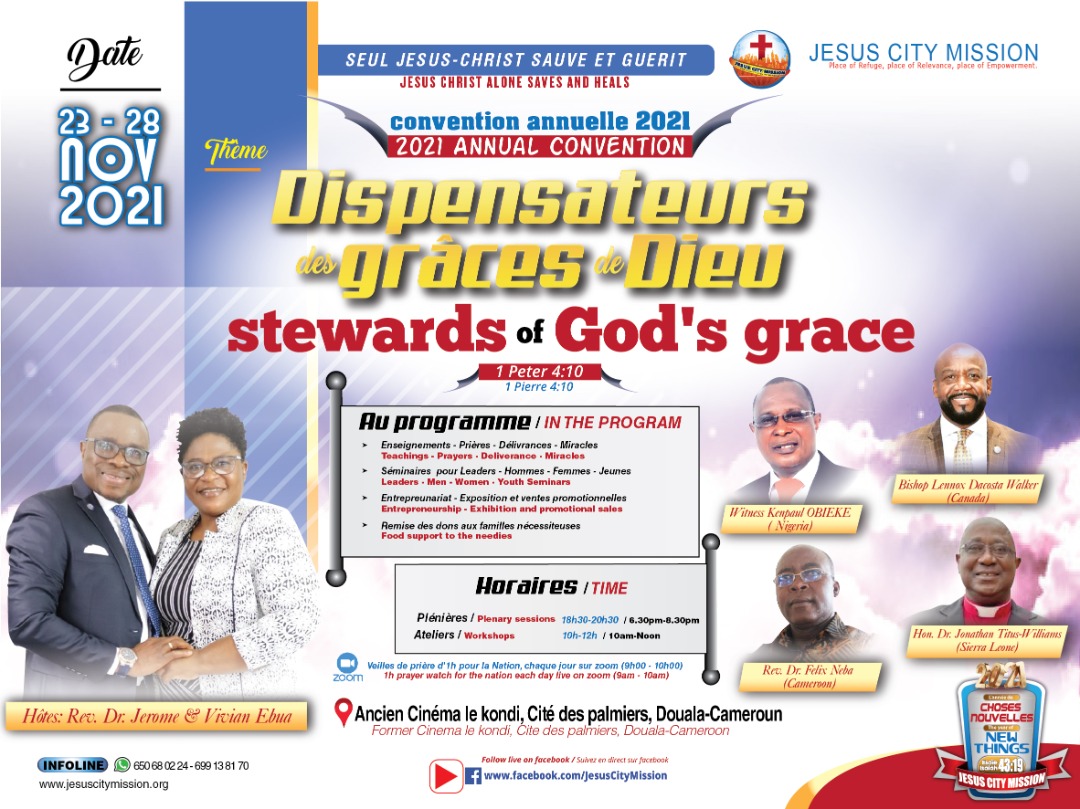 Due to Covid, we have to control the number of people that will be present at the convention everyday knowing that we have to respect barrier measures. We recommend all those who want to attend to register. Please kindly follow the link below in order to register for the convention.